Last year the boss brought some Protea seeds back from a trip to South Africa which I attempted to grow. I didn't have much success only managing to get three seedlings one of which died, another got eaten by mice and the remaining one got taken to London. So not wanting to be beaten on the first go I've decided to have another go so I did a bit of research before buying a few more seeds and a seed primer sheet which is something I didn't have or even knew about last time.


Here you can see the three packets of Protea seeds plus the seed primer packet.﻿
﻿ 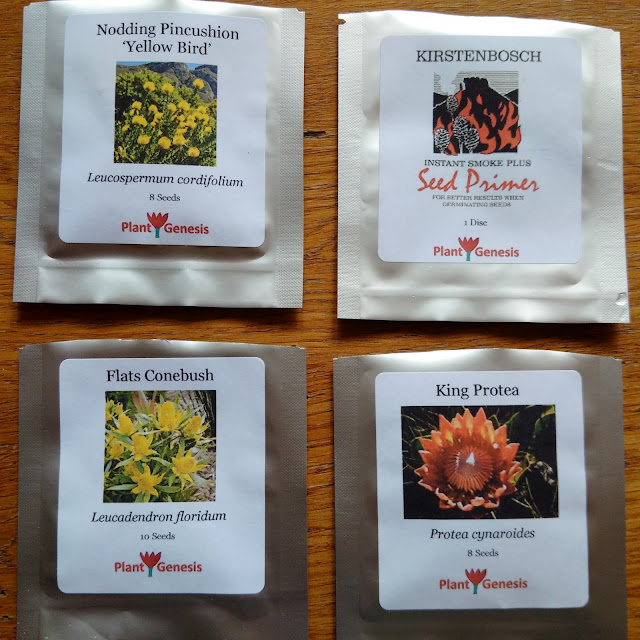 The primer comes in the form of an impregnated sheet of paper which you have to soak for a few minutes in warm water which turns green when ready to use. ﻿ 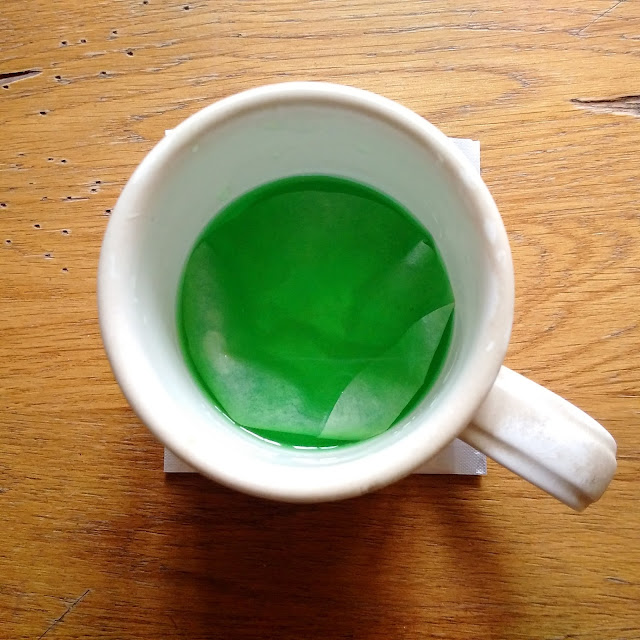 Instructions for the primer. 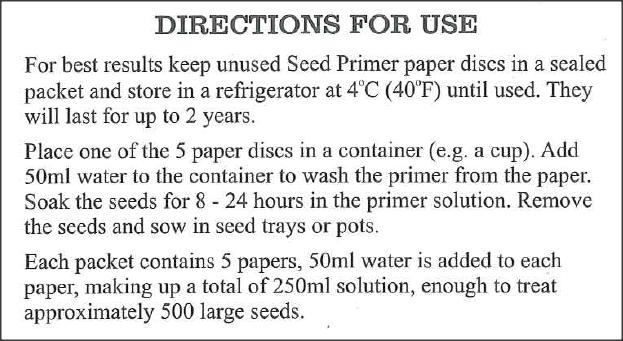 This is how things stand at the moment. Because I have three different variety of seeds and only one primer I needed three different containers so as the packets are made of foil I just put a drop of primer in each packet that way there can be no mix ups. 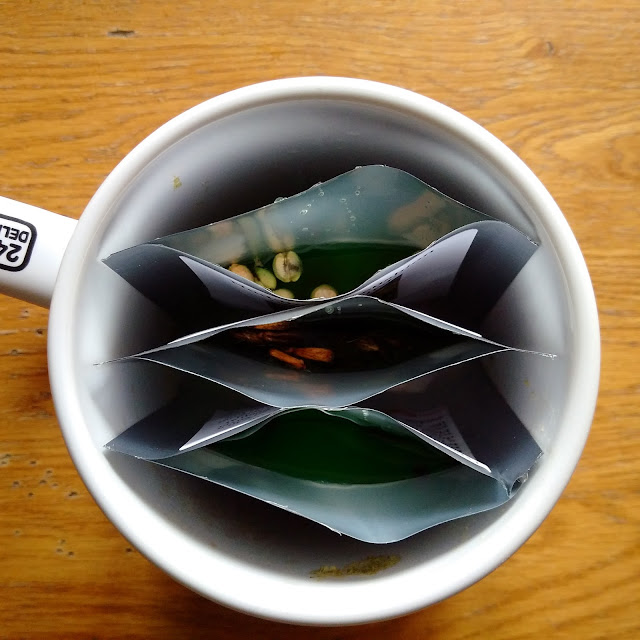 Some time today I will sow the seeds, it recommends that they are soaked for between 8 and 24 hours so they have spent the night in the kitchen here at home - thankfully no one has made a nice cup of tea with them.﻿
Posted by Rob at Friday, February 24, 2017 3 comments:

Email ThisBlogThis!Share to TwitterShare to FacebookShare to Pinterest
Labels: Protea 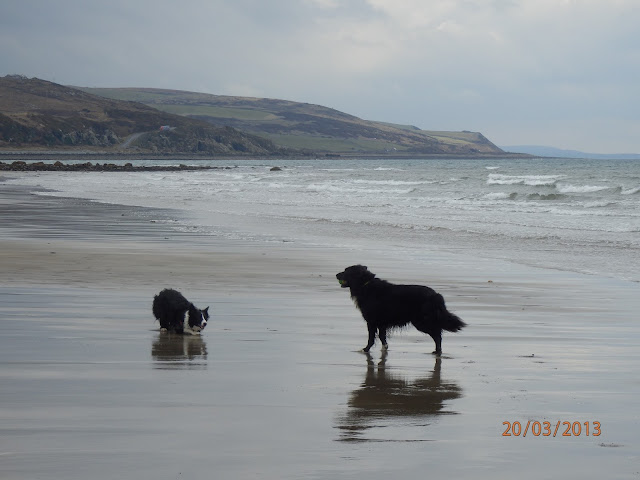 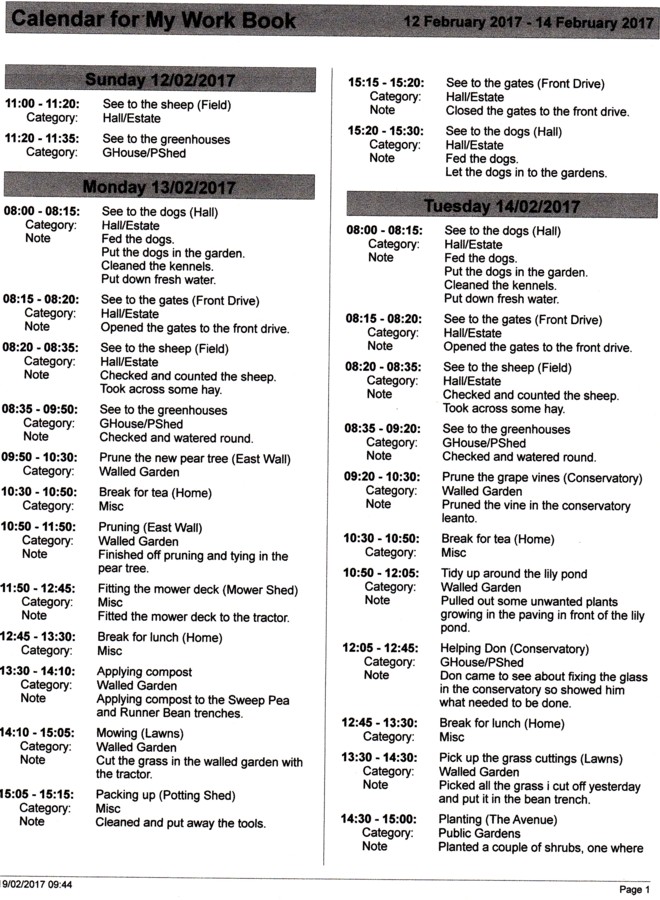 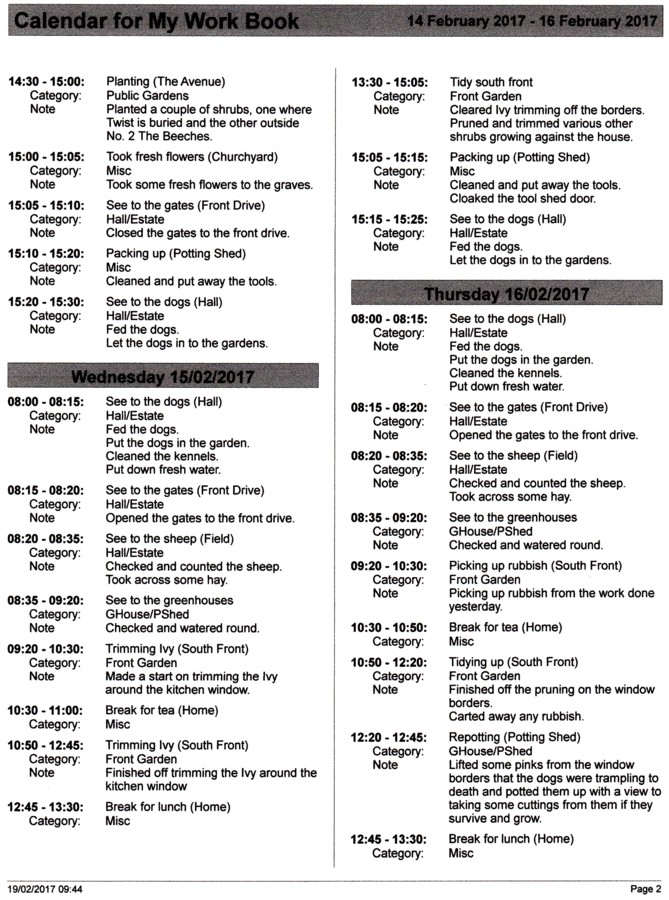 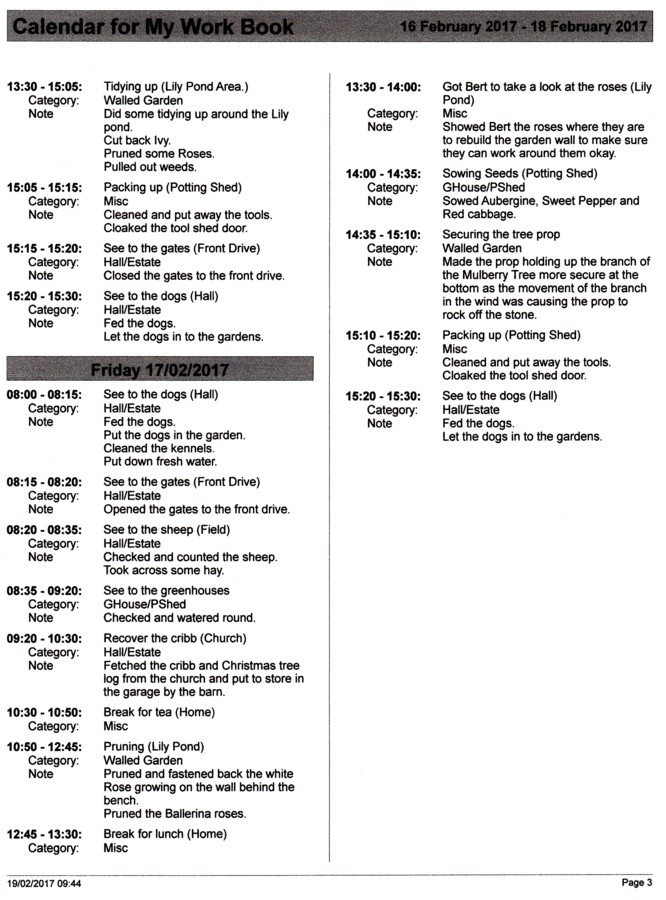 A View From Pilsley. 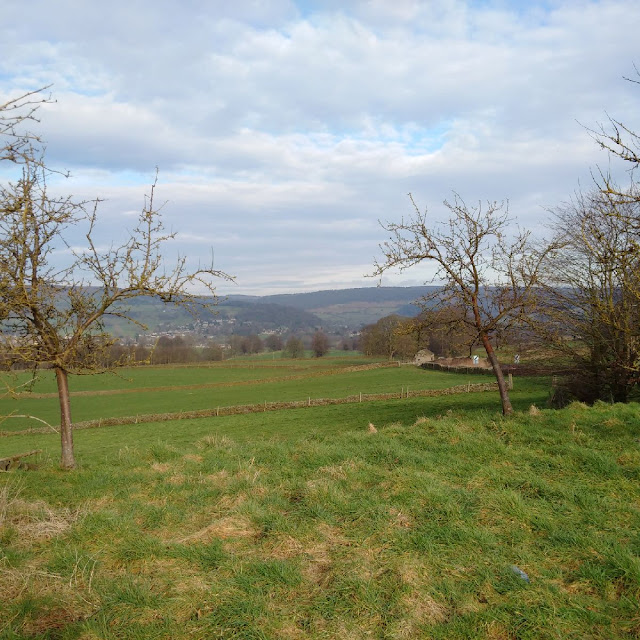 We had a nice drive down to my parents stopping off at Bamford for a spot of lunch and a look around the garden centre. After that we popped in at Chatsworth farm shop at Pilsley where we bought a few bits and bobs.

Sent from my BlackBerry 10 smartphone.
Posted by Rob at Saturday, February 18, 2017 No comments:

Today we are taking a road trip ending up at my parents home sometime this afternoon.
Sent from my BlackBerry 10 smartphone.
Posted by Rob at Saturday, February 18, 2017 No comments:

I was asked yesterday to remove this white rose that grows behind the bench. By remove I mean cut off at ground level, one person actually suggesting I dig it up altogether. I wasn't happy about it and even less happy that no other solution was considered first. It's fair to say that the wall behind the rose needs repairing desperately but something could be done to appease both the builders and gardener. Anyway I have taken it upon myself to take the rose away from the wall and tie it back out of the way until the work has been done when it can once again be tied back on to the wall. This has met with the builders approval so everything should be good. 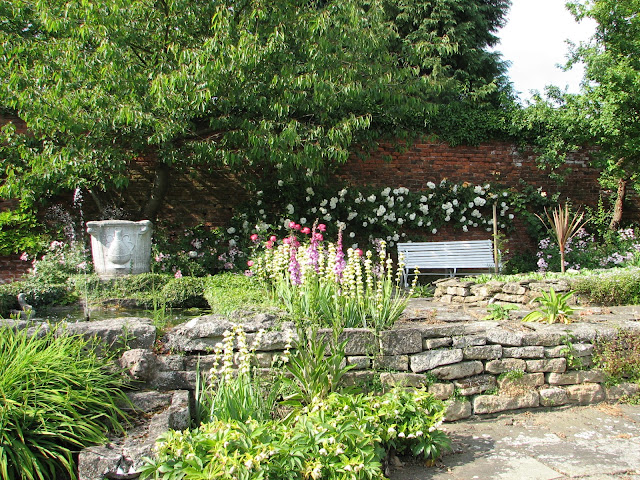 The moral of this story is that if you have brains and will, you don't need either money or brawn. 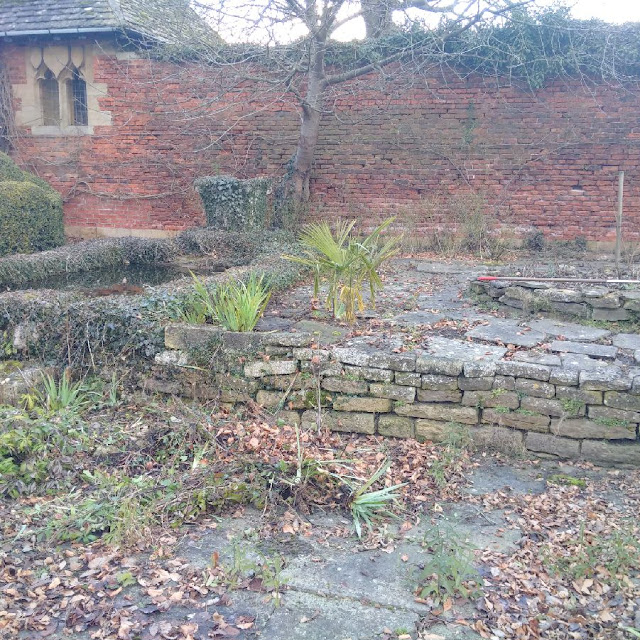 Today has been a bit of a mess (like in the picture) as I planned on doing more work on the South Front but got interrupted so decided to move to the Lily Pond Area and do some tidying up there only to have my plans disrupted there too. At the moment I'm felling like what's the point in trying to do anything because it seems that whatever I do my plans get thwarted.
Posted by Rob at Thursday, February 16, 2017 No comments: 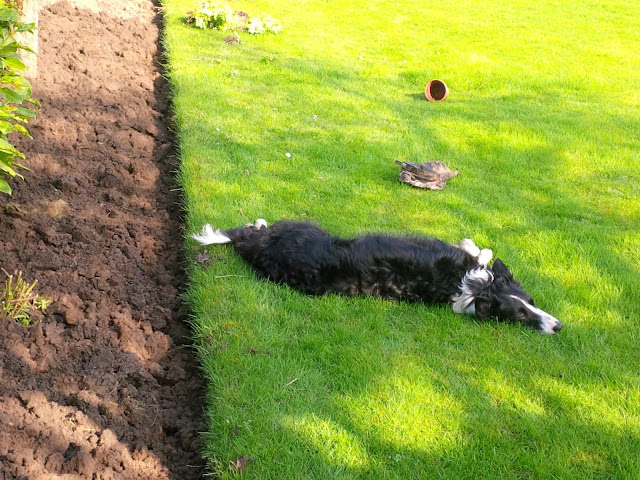 Email ThisBlogThis!Share to TwitterShare to FacebookShare to Pinterest
Labels: Tess

One of the jobs that I undertook last week was to remove some overhanging Ivy from the wall opposite the potting shed. The main reason for this being that it spends all summer shedding leaves below. Also it appears to be pushing the Fig tree away from the corner. Anyway I gave it a trim and later on when it greens up I think it will be an improvement to the area. 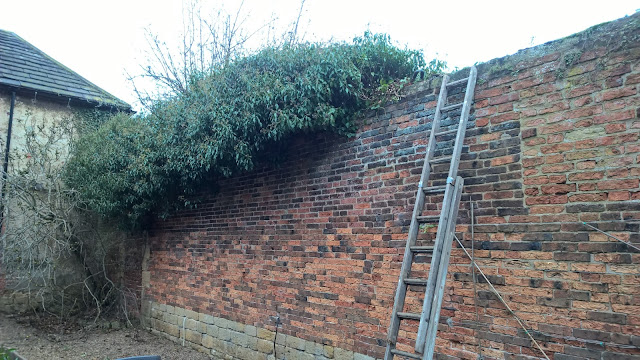 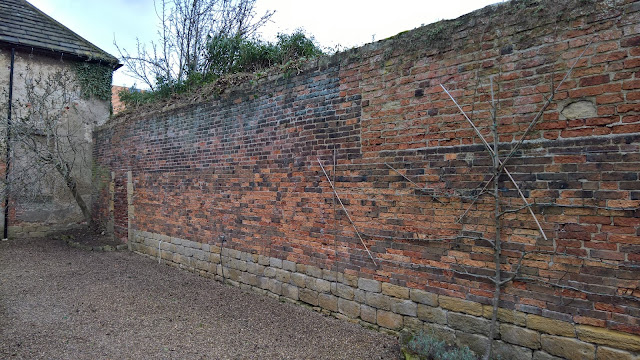 The Diary Of A Rescue Dog

A Memorial To Tippy.

Rob
Selby, North Yorksire., United Kingdom
I worked as a gardener for a stately home but am now semi-retired. I'm an old school type of person. I value loyalty and honesty and will give to you as much as you give to me. I believe in being honest, reliable and hard working.